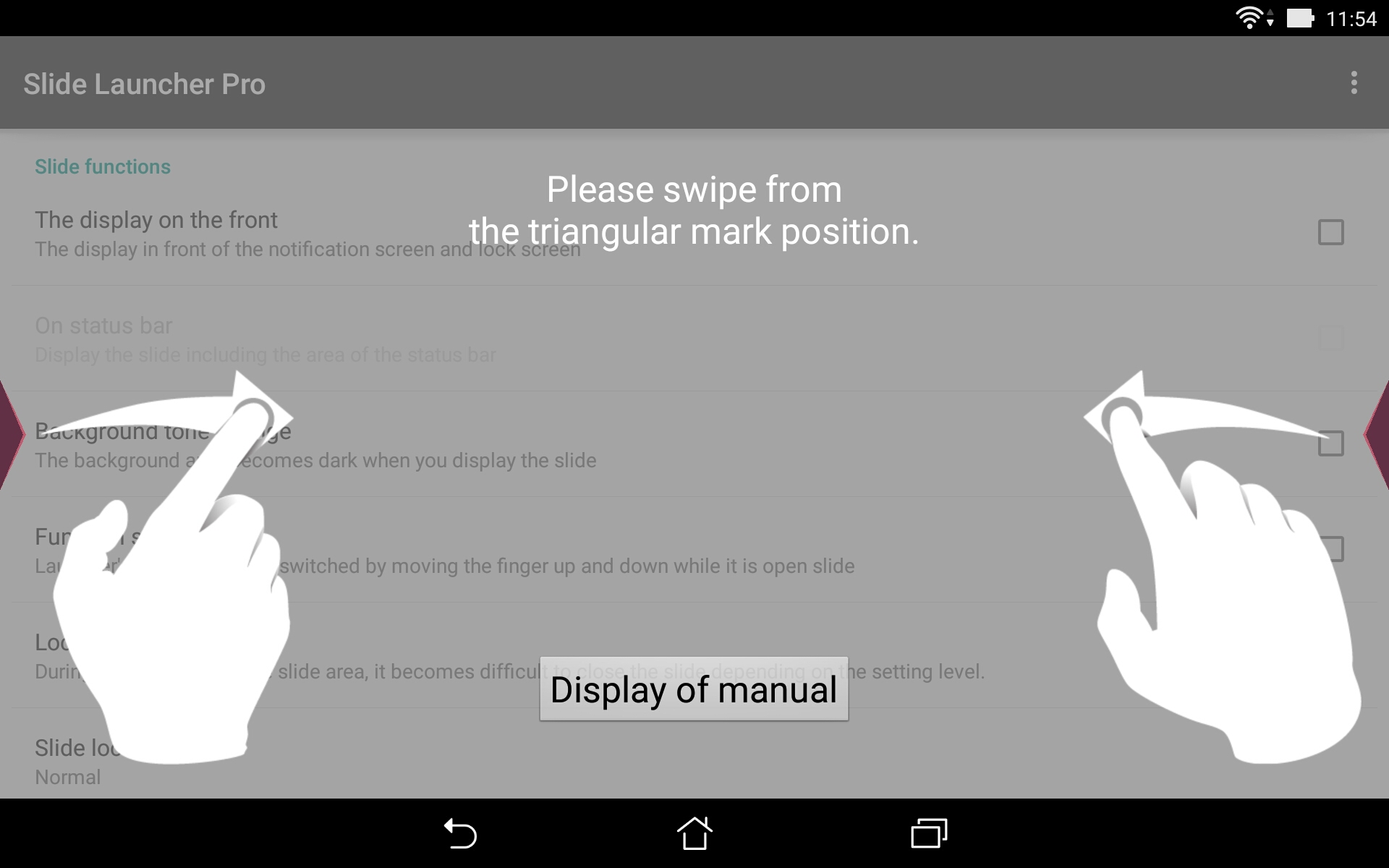 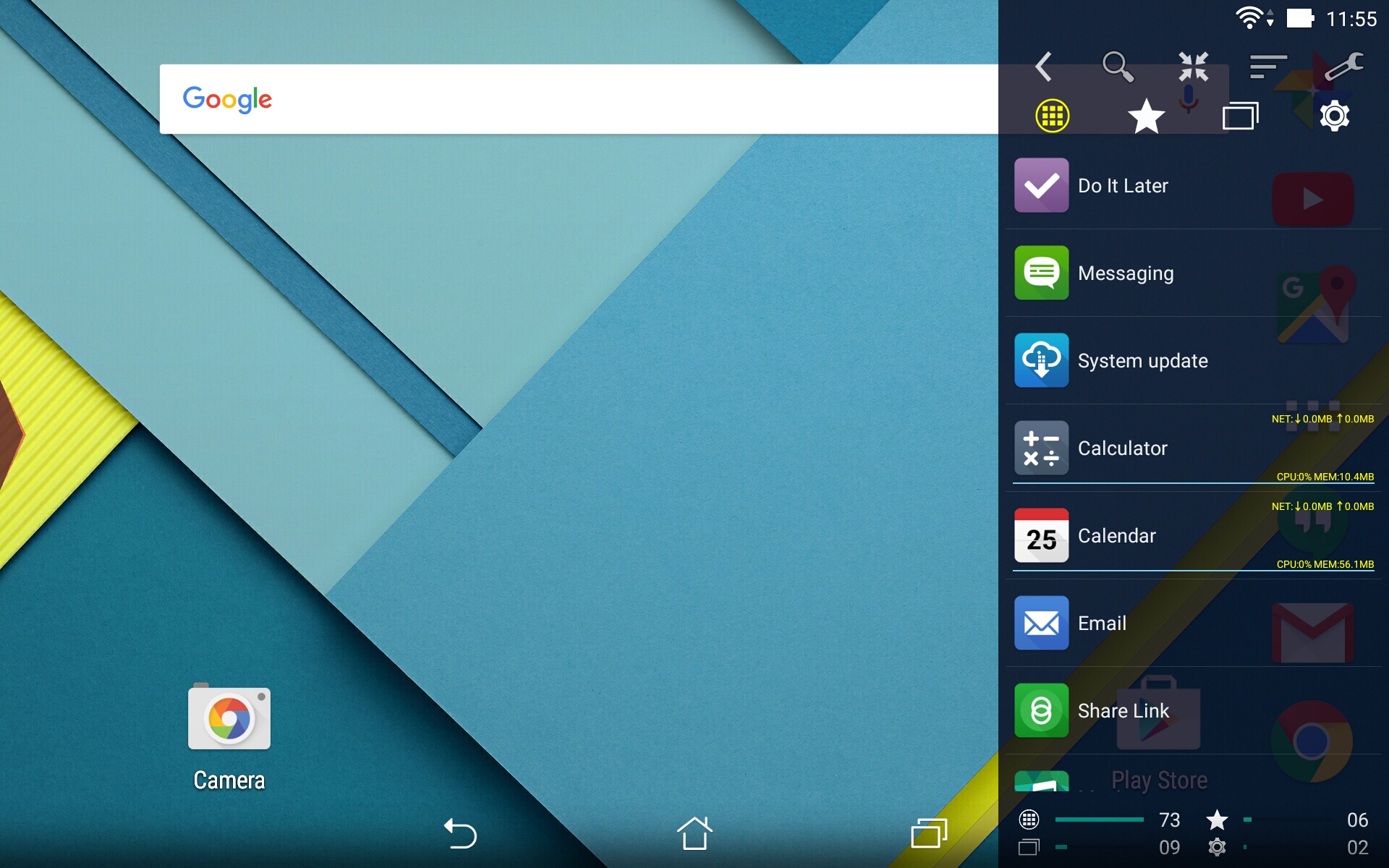 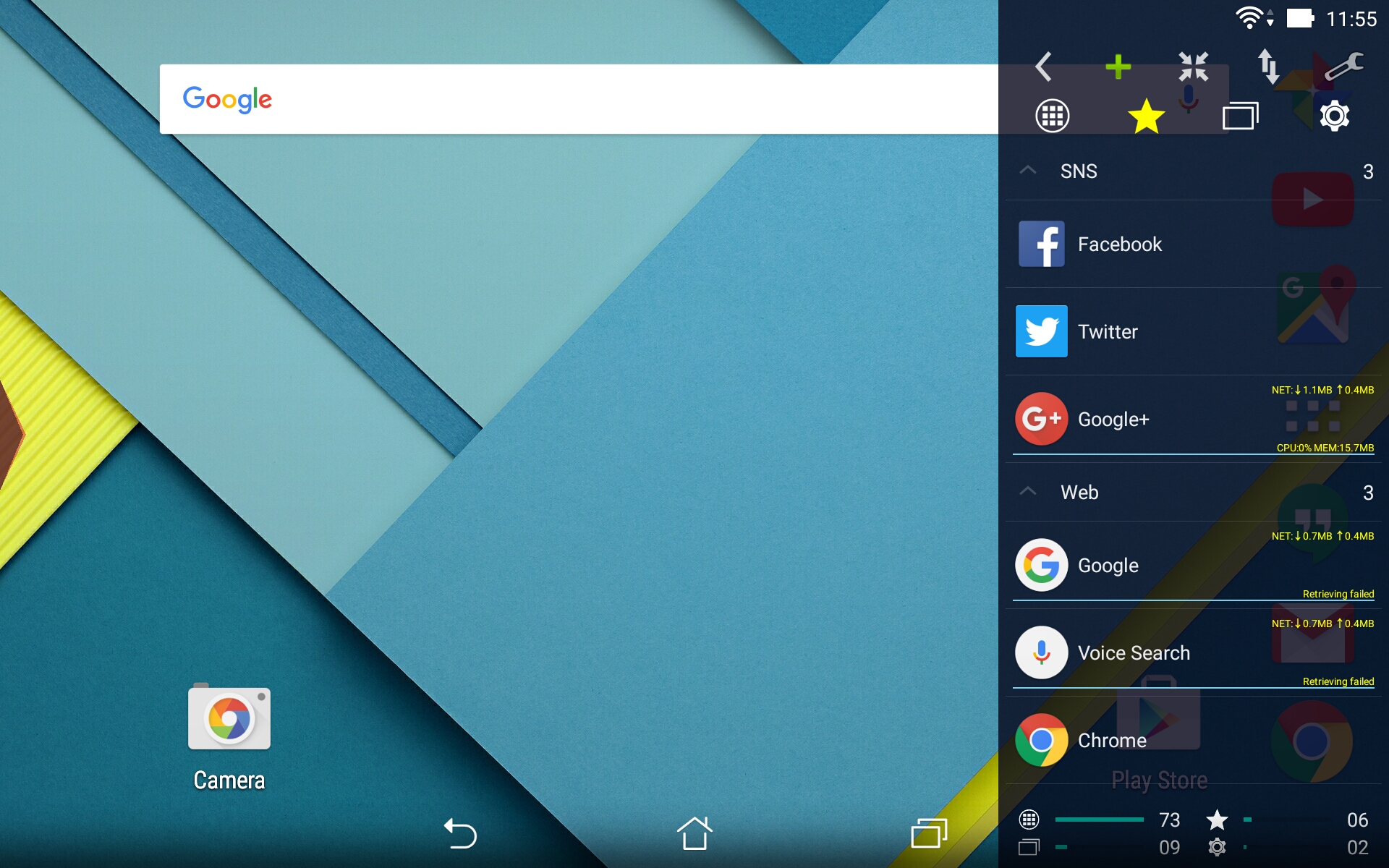 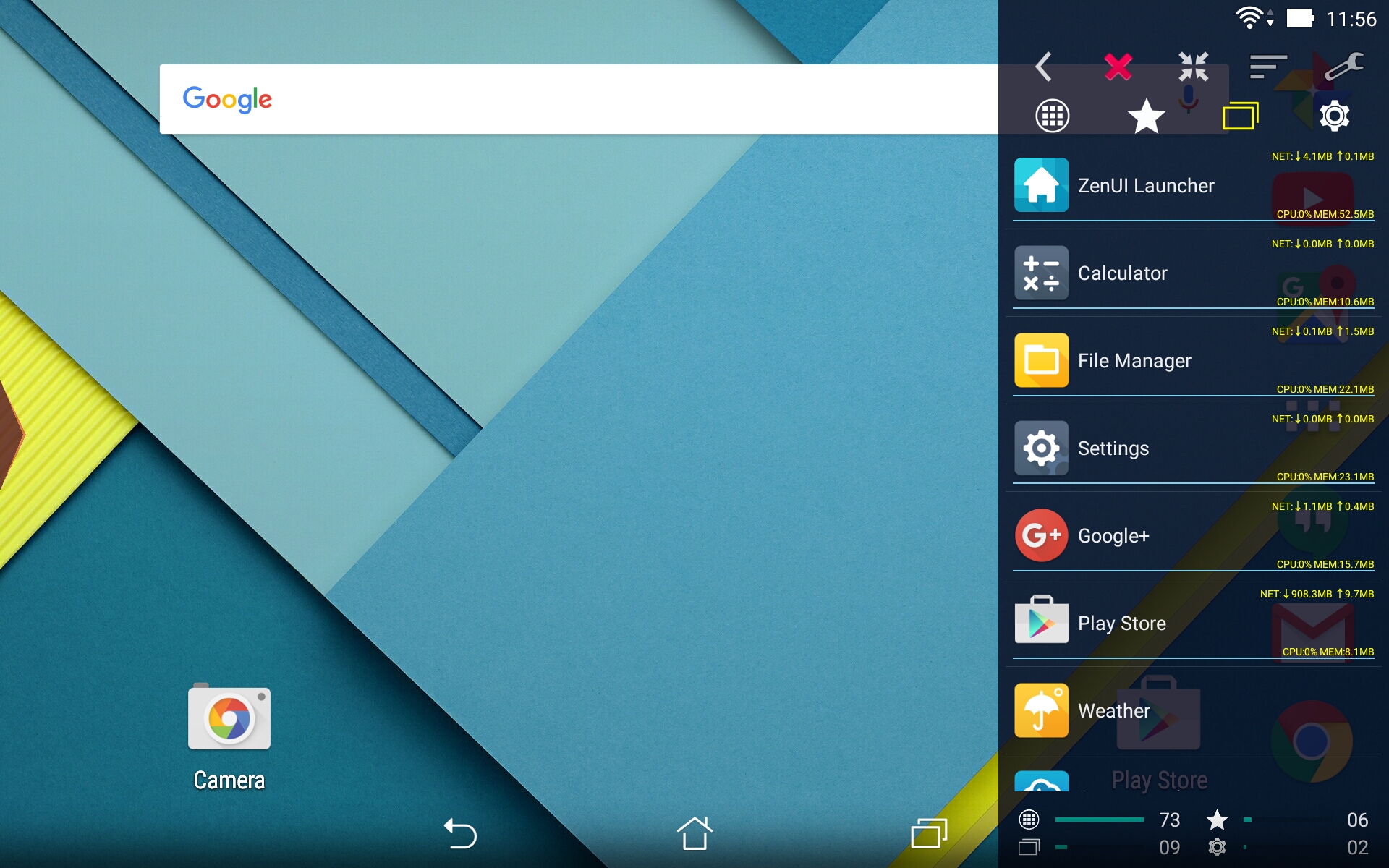 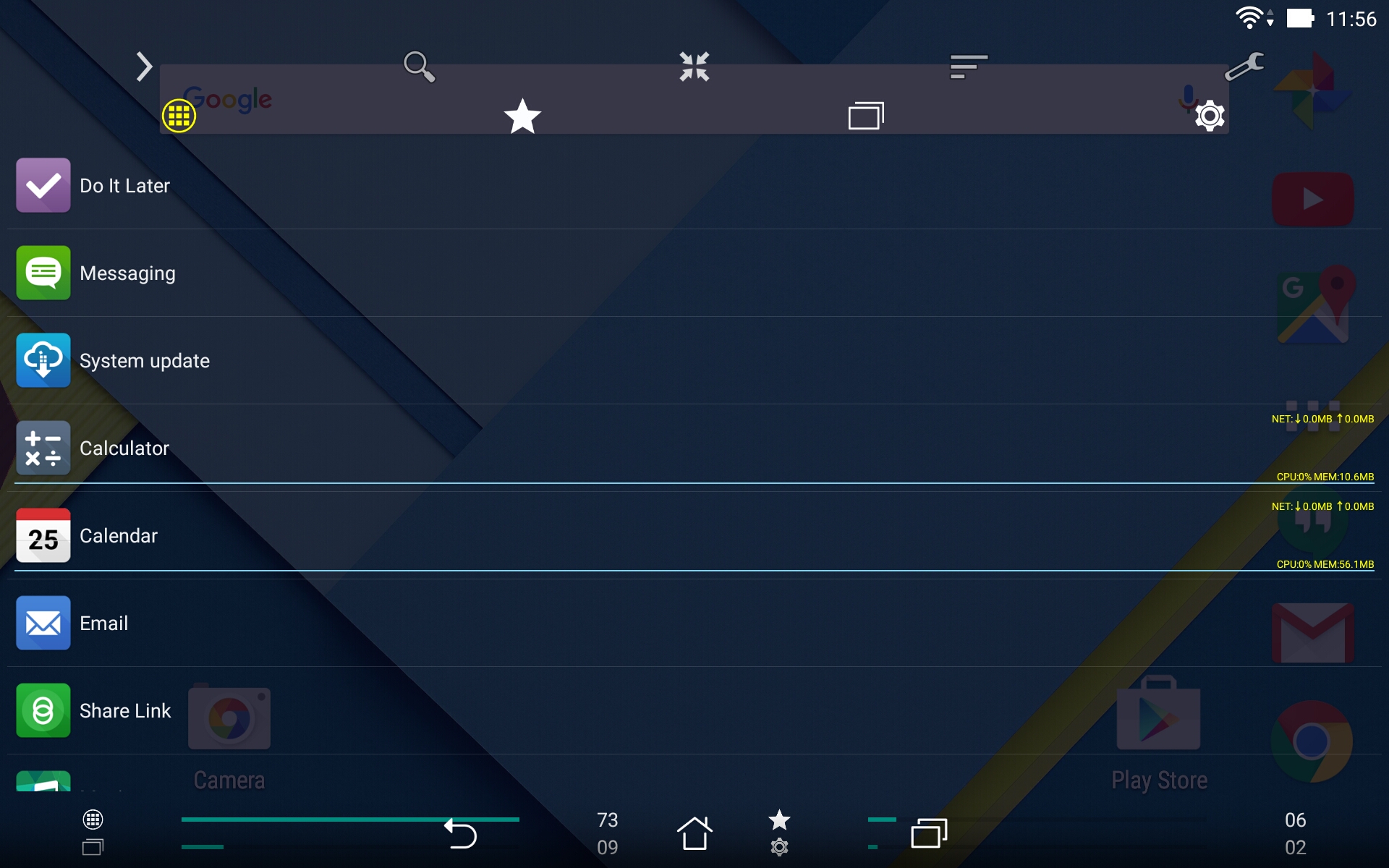 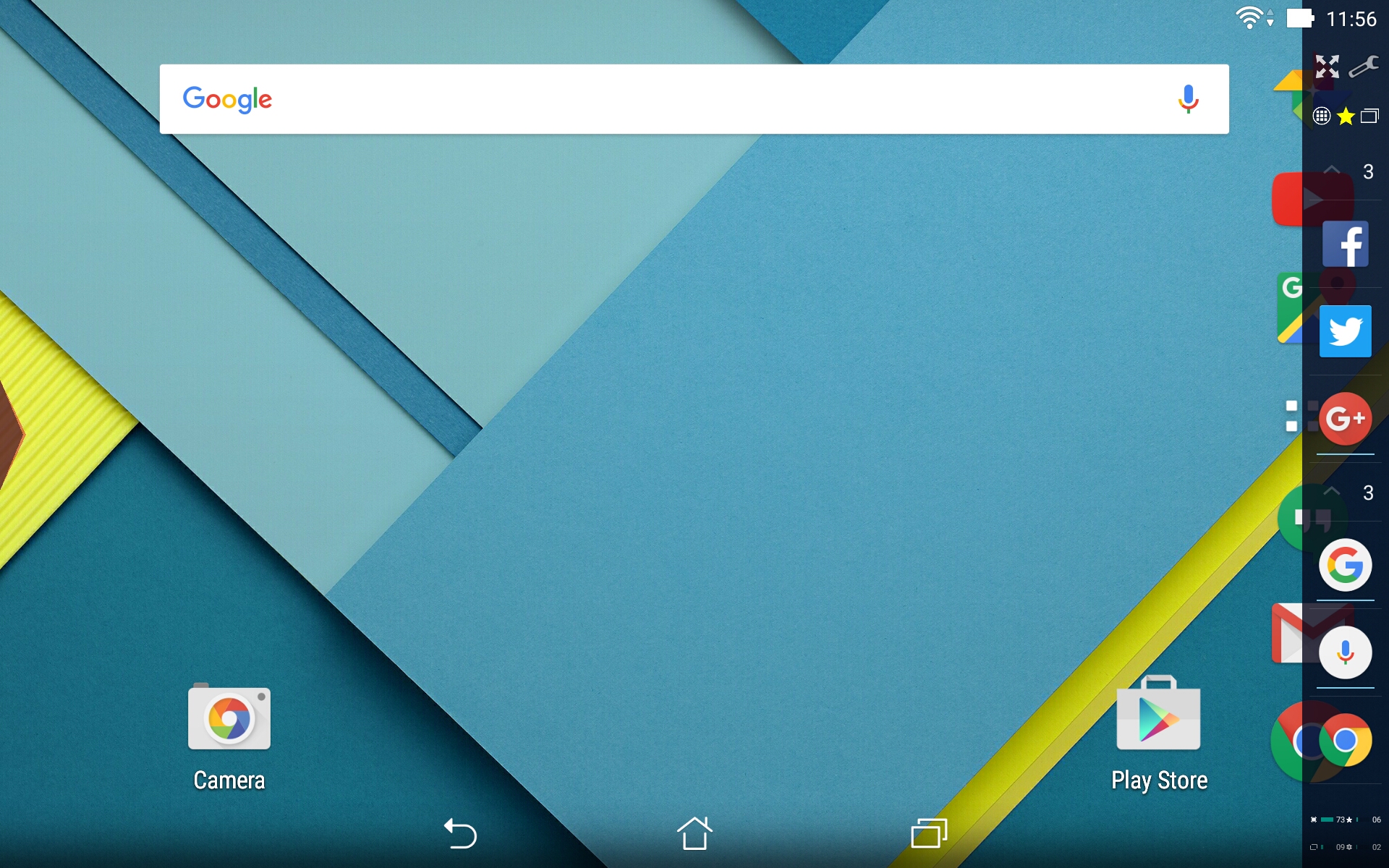 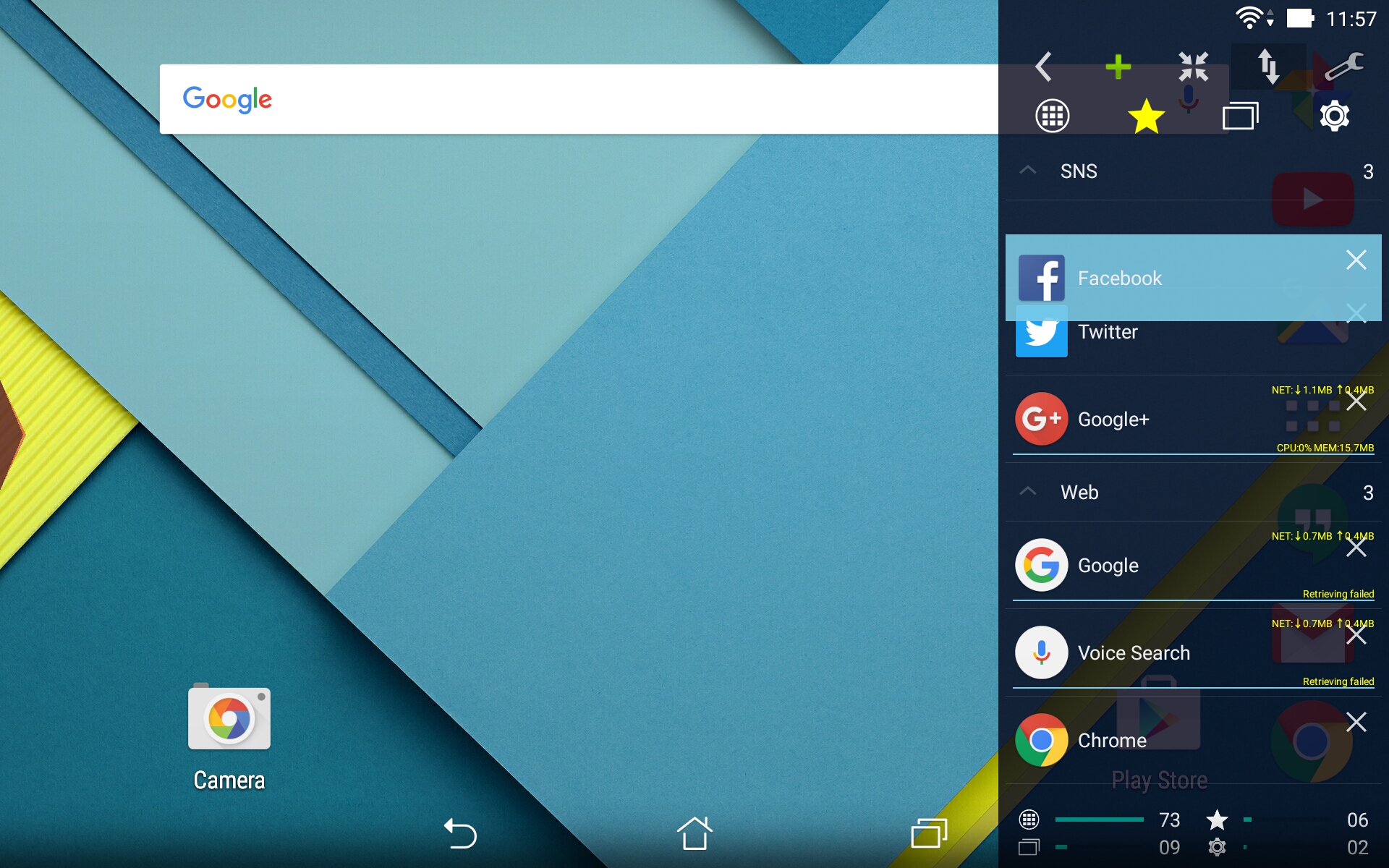 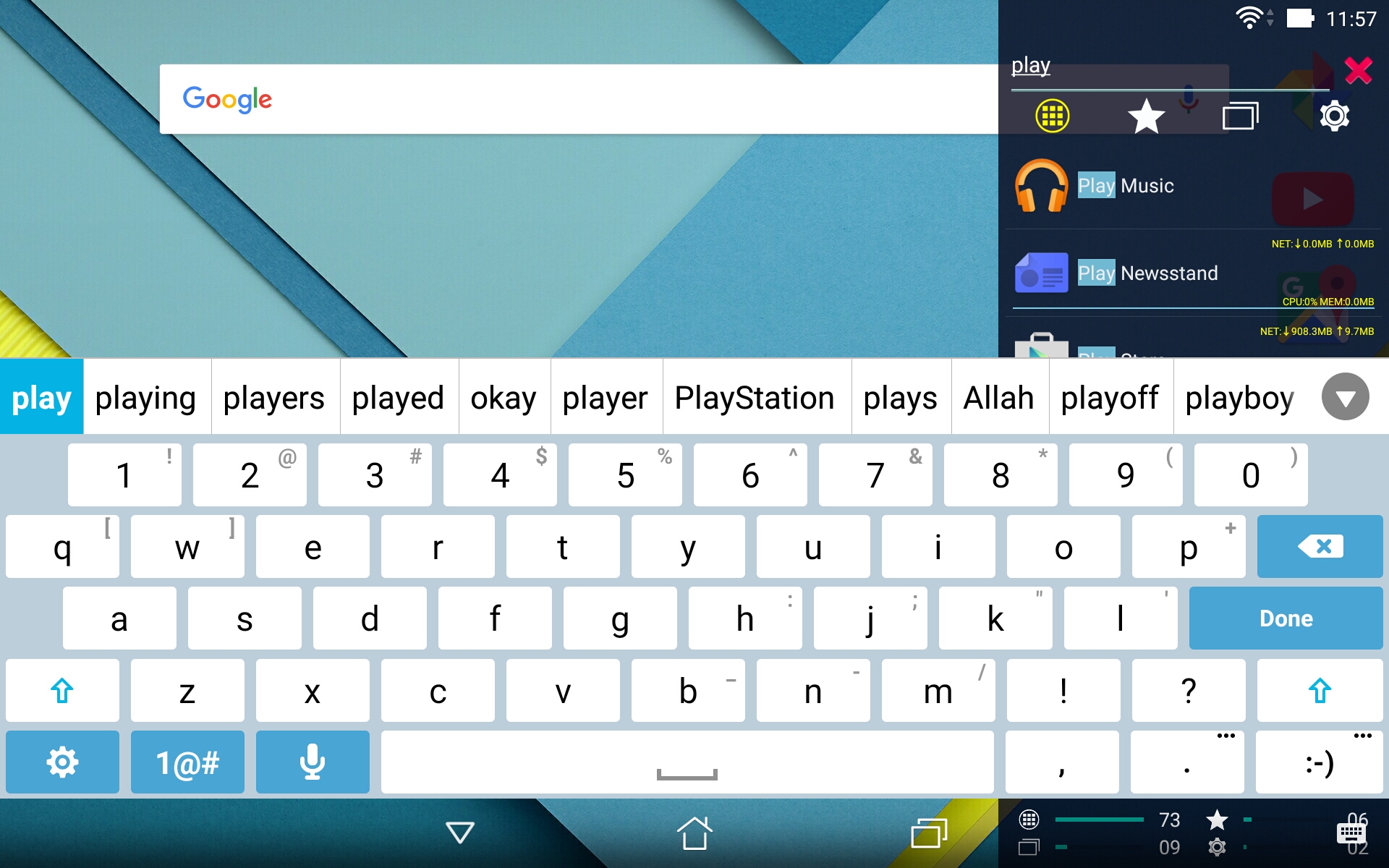 This app can start another app quickly without returning to the home screen.
When you start this app once, this launcher is displayed by the slide operation at any time.

Features
This app is a sub-launcher app that can start another app quickly without returning to the home screen. You can use this app without changing the home app.
Since this app is displayed in front of the other apps, you can use this app any time.
You can see apps running in the background at a glance. In addition, you can also stop the apps.
This app can be used almost the same functions as home application as follows:
• Display of app lists
• Grouping of apps
• Creating a shortcut
• Display of the recently used apps, etc.

Paid version
Display of the widget is available.
In addition, this app displays the cpu usage and network usage of apps running.
Caution: There are some devices that does not support the extraction of network usage.

Operating procedures for the slide display
Slide is displayed by touching the triangle mark or swiping to the center of the screen from the position of the triangle mark.
If the slide does not appear, please try the following settings:
• Check the "Up touch sensitivity" in the "Mark functions" on the setting screen
• Select the bigger number for "Width" in the "Mark design" on the setting screen.

If you need a detailed description of the feature, please refer to the "Manual" in the "Information" on the setting screen.

Note: Since Android 7.0 and later, the app monitor function can not be used due to OS limitation.

ON/OFF cooperation functions
By installing the following apps, you can set the timing to OFF the app.
• ON/OFF Module

Please check the items you want to cooperation from "ON / OFF cooperation" in the app settings screen after installation.

About Security
During use of this app, a part of system buttons will be locked by the Android security.
For example, such as when installing an app from the apk file
By installing the following app, you can unlock a locked button without stopping this app.
• Install Button Unlocker